4 sessions in November (10, 12, 17 & 24th) | 4 Speakers, Zoom platform | Experts on inter-cultural management and communication will deliver lectures and facilitate discussions in the webinar. Seats are limited. 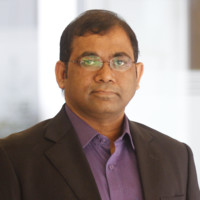 Sarwar Uddin Ahmed is a Professor of Finance and Director, BBA Program, School of Business, Independent University, Bangladesh (IUB). He is also serving as the Director of Institutional Quality Assurance Cell ( IQAC) and Director of Center for Business Policy Research (CBPR). He conducted Post-Doctoral study at McNeese State University, USA as a Fulbright Scholar. He received PhD and M. Econo from Nagasaki University, Japan, his M. Com & B. Com in Finance from University of Dhaka. He is the twice over recipient of Fulbright Scholar Award. He was in residence in University of California, Berkeley in 2018 on a Fulbright Fellowship, to conduct research on Climate Finance at the Haas School of Business.

Ambassador Lecture Series: Future Relationship between the UK and ASEAN: Prospects and Challenges

Theme: Towards a Common Regional Identity: Developing synergies through Socio-Cultural Co-operation. AEI would like to invite academicians, practitioners, researchers, students and administrators from the private and public sectors to participate and submit papers to be considered for presentation.

Theme: Towards a Common Regional Identity: Developing synergies through Socio-Cultural Co-operation. AEI would like to invite academicians, practitioners, researchers, students and administrators from the private and public sectors to participate and submit papers to be considered for presentation.

Professor Anthony Milner, Visiting Professor at Asia-Europe Institute (AEI) and Centre for ASEAN Regionalism University of Malaya (CARUM), engaged in the ‘ASEAN Academic Days’ program at MGIMO University in Moscow in the second week of October. The ASEAN Centre at that university has a growing interest in Malaysia and is keen to develop relations with AEI and CARUM.

Professor Milner gave four presentations over the week – October 8, 9, 10 and 14 – covering the progress of Southeast Asian Studies, Malay and Malaysian history, and current developments in Asian regionalism (including in Track 2 initiatives).

MGIMO University – or Moscow State Institute of International Affairs – is connected to the Russian Ministry of Foreign Affairs and plays a special role in training Russian diplomats. Henry Kissinger once called it the “Harvard of Russia’ because of its role in training the Russian elite.

Professor Milner, together with Dr Dr Sumsky and Dr Koldunova, met with the Rector – Professor Anatoly Torkunov – to discuss MGIMO relations with academia in both Malaysia and Australia.

Apart from these Moscow seminars and meetings, Professor Milner made a brief visit to Saint Petersburg, where he held discussions with Professor Vladimir Kolotov, Head of The Far East History Department at the Saint-Petersburg State University. The University, which teaches an enormous number of Asian languages, may well be a productive partner for the University of Malaya. Profess Kolotov is a Vietnam specialist, and Vietnamese studies is certainly a strong field in Russia.

The Centre for ASEAN Regionalism University of Malaya (CARUM) focuses not just on ASEAN but also on ASEAN’s relations with dialogue partners beyond the region.

World’s Best Airport according to AirHep Annual Report. Which ASEAN country is ranked in the top 10?

Which ASEAN member state is the most innovative?